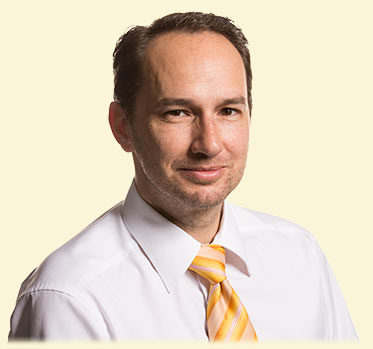 Patrick was born in January 1975 in Munich.

He discovered his interest in computers and what they can do in 1983, when his father
refused to buy a gaming console for christmas, but instead went for an Atari 600 home-computer.

After his apprenticeship in the social insurance sector and first years as a phone sales-man and
support engineer, he began to make his interests in technology a profession by joining NEC
to work in their hardware-support hotline. From there he developed his skills in hardware and
Windows software. While working for DF1, a digital broadcasting company,he was given the chance
to join the IT-staff when the management discovered his knowledge and skills in CGI-programming.

While continually improving his skills and aquiring further knowledge he has worked with several
companies and continually collected experience in various environments ranging from medium-sized
companies' infrastructure to sensitive banking datacenters.

Patrick Bär lives with his son Alexander in Lenggries, right at the entrance to the bavarian alps.